Which project is likely to win the first Kusama parachain auction?


As Cointelegraph reported, the first Kusama parachain auction will take place on June 15. This is a very important milestone for both Kusama and Polkadot. Since Kusama is a Polkadot test-mapping network – this auction will be a test before the Polkadot auction takes place.

In summary, the process here is:

Thus, it can be seen that all eyes are on this first auction.

The number of “slots” (parachain slots) is limited, but the projects registered for this auction are quite numerous. Therefore, it is not easy to predict which project will win. However, coin68 lists some of the “best” candidates with the potential to win below.

Before starting, readers should note that Polkadot and Kusama are 2 similar but separate blockchains. Therefore, any project built on Polkadot will also have a 2nd version (version 2.0) built on Kusama. 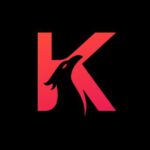 Karura (KAR) is the version of the Acala Network (ACA) project on Kusama.

Acala (or Karura on Kusama) is an extremely bright project in the Polkadot ecosystem. Acala Network was founded by members of Polkawallet and Laminar. Thus, Karura has a “close” relationship with the founders of Kusama. 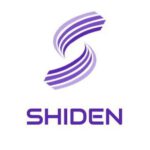 Shiden Network is the “sister” version of Plasm Network (PLM) on Kusama.

Plasm deployed the Shiden Network in mid-February 2021, and issued SDN tokens with a 1:1 conversion rate to PLM for holders.

Moonbeam (GLMR) is a smart contract blockchain built on Polkadot, fully compatible with Ethereum. The network is geared towards developers to develop the platform, providing compatibility with the existing Ethereum toolchain and developer network.

Like the projects mentioned above, Moonbeam also has a version built on Kusama, which is Moonriver (MOVR). 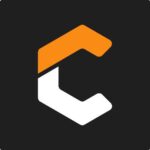 Crab (CRING) is Darwinia’s version of Kusama (RING). The structure of Darwinia is depicted in the figure below:

In addition to the names mentioned above, this parachain auction also has a number of other prominent competing projects. Include: